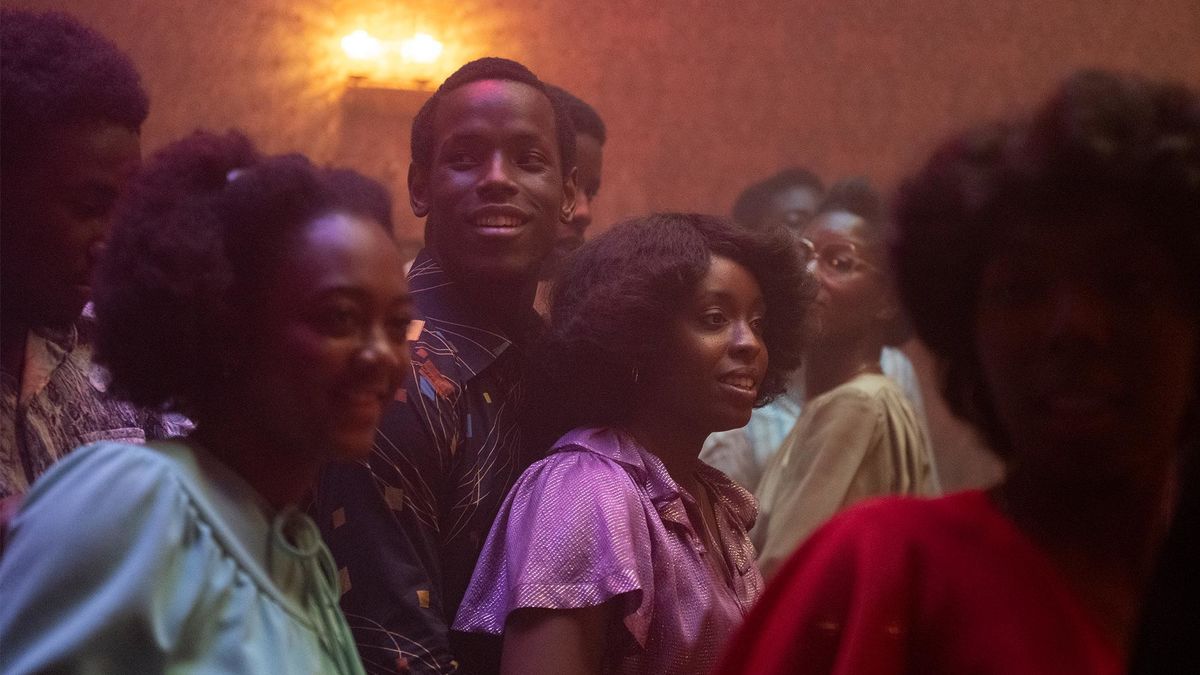 The first of Steve McQueen’s ‘Small Axe’ series – an anthology of films released through the BBC at the tail end of last year – ‘Lovers Rock’ is probably the closest anyones going to get to a party for the next few months. Set in London during the early 1980’s, for the entire seventy minutes of the film’s runtime, you become completely engrossed in the celebrations as they play out on screen, feeling every change in rhythm and song.

The story’s concept is fairly simple – following a few key characters as they enjoy their night out. However, the execution is entirely different, with moments of joy and intrigue being portrayed through a wide variety of film and story devices. McQueen knows exactly when to draw back from the high intensity of the party and allow characters to have more intimate moments, before bringing the sound and movement back together in a crashing wave of energy.

McQueen has clearly shown himself as the master of either celebrating or highlighting the stories of people of colour in cinema, particularly in his 2012 release, ‘12 Years a Slave.’ The ‘Small Axe’ series looks to further explore and celebrate black culture, and whilst this will mean delving into stories of prejudice and hatred, ‘Lovers Rock’ feels like the perfect way to begin the anthology. It’s a film of pure joy and energy, and whilst there are a few cracks that show moments of bigotry and hate, for almost the entire runtime the viewer is drawn into a world of celebration.

Everything in this film works to immerse the viewer in the party that’s taking place, with the camera gliding effortlessly from one character to the next, and the soundtrack playing one great song after another. Despite there not being too much time for overt character development, you still feel engaged in the stories of those at the party, with particular traits being shown within different people, allowing the story to feel believable throughout and preventing the audience from ever feeling as if the energy of the party has lost its momentum.

Overall, I would definitely recommend ‘Lovers Rock’ to anyone looking for something to watch. With its short runtime and joyful, high-energy story making it less of a film and more of a party in your living room – exactly the kind of thing that’s needed during a global lockdown.