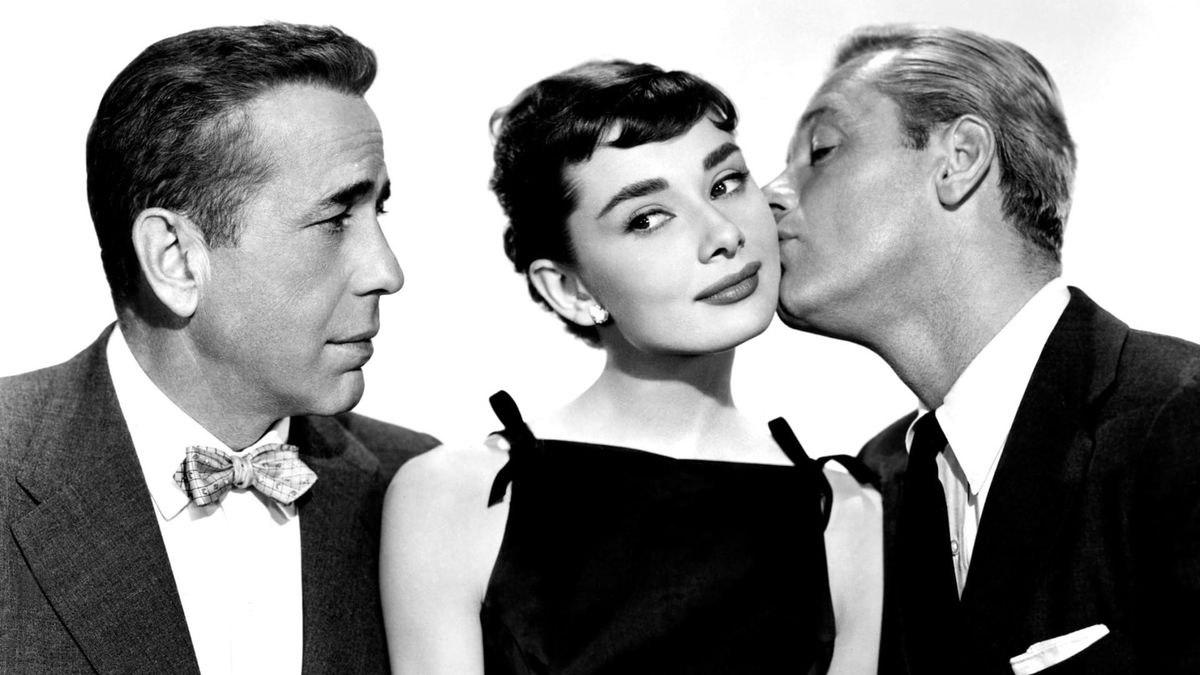 Sabrina is a somewhat archetypal romantic comedy. It tells the story of a young girl, the daughter of a chauffeur who has eyes for the youngest son of her fathers employer. While growing up on the extravagant grounds of the Larrabee family home, Sabrina (Hepburn) longs to gain the attention of  David Larrabee (Holden); the resident wild child and polar opposite of his older brother, Linus (Bogart), who’s focus is purely on maintaining and expanding the family business empire. Sabrina is sent to cookery school in Paris in the hopes that she’ll forget David, but returns an elegant young woman with the ability to turn heads and capture the attention she’s so longed for.

It is impossible to comment on this film without discussing the cast. Audrey Hepburn and Humphrey Bogart  are nothing short of phenomenal. Their characters are so wonderfully authentic, drifting through their story and switching between the more serious moments to the more comical  so smoothly. Holden’s portrayal of David matches up to his co-stars just as well, with the only slight blip being the staff at the Larrabee house were slightly heightened which distracts from the more naturalistic telling of the story.

One of the more understated wonders of this film is the script; based upon the play ‘Sabrina Fair’ written by Samuel Taylor in 1953 and adapted for screen by Billy Wilder, Samuel Taylor and Ernest Lehman. While eloquently telling the story there is a brilliant amount of dry humour – one liners woven into the script that I hadn’t noticed when watching the film a few years ago, it’s brilliantly funny without the actors making the humour loud or extravagant. A feat that, to me, shows how deeply Wilder trusted both his material and his actors to tell the story and allow the dialogue to land with its audiences.

On the surface, I’m not sure it’s even possible to mix the likes of Billy Wilder, it’s cast and this script without creating a timeless classic. Everything about it is so watchable. I highly recommend ‘Sabrina’, especially if you would usually write off black and white films; this was the first film I ever saw that wasn’t in colour and it really changed my mind. I had a completely unfounded hesitancy to watch B+W films because I thought I would get bored – if anything, they have to do more to keep a modern audiences attention and in my experience, they do just that!

I would also just add that although this is certified ‘U’ – one of the early scenes is an attempted suicide and, although nothing shocking or graphic it’s worth bearing in mind if you are watching with younger children.