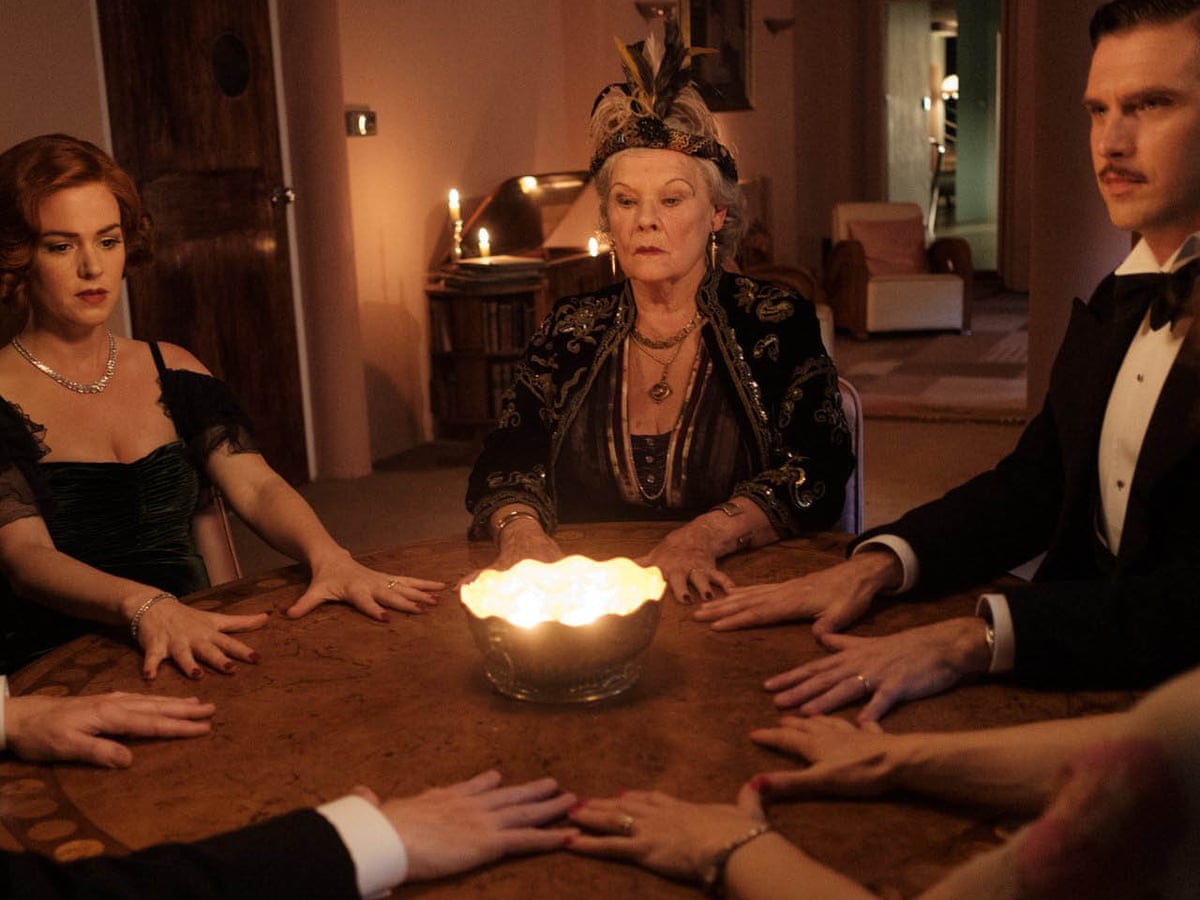 In the latest film adaption of Noel Cowards play Edward Hall brings the famous comedy to life in an explosion of colour and famous faces. The story follows Charles Condomine, a writer struggling with writers block who hires a spiritualist medium to hold a seance in the hope to inspire his writing. When Madame Arcati accidentally summons the spirit of Charles’ deceased first wife, we are presented with an increasingly complex love triangle between himself, his first love and his current wife of 5 years.

As a play, Blithe Spirit (which was first seen in 1941 in the West End) proved to be a phenomenon. It drew massive audiences and created a long-run record for a non-musical stage play in the West End at the time and was soon presented all across America. In 1945 the story found it’s way to the big screen with Rex Harrison starring as Charles Condomine. In theory, this fresh take should have been able to use the pull of a genius original text with a decent budget, big names and advanced technology to reignite laughter across the masses in one of the more difficult years in recent times. In reality, the film missed it’s cinema release and headed straight to streaming services which, in hindsight, I think was probably best for this film as it totally missed the mark.

It’s an aesthetically pleasing production. The location, sets, costume and colour palette all bring a real vibrancy and help lift the elements that some might struggle to get behind, creating it’s vintage feel while keeping the energy high, though you could argue that these aspects were in place as more of a distraction from the underwhelming story. With a cast of such big names you would only expect the highest quality performances. Unfortunately the approach to the film feels very much like a basic attempt at ‘bringing the play to life’ which just didn’t work for me. While the actors all give solid performances it is very dramatised and a bit silly.

I would give this adaption a miss, the play however, I would go to see. It takes truly brilliant writers to adapt such classic writing that is, arguably, timeless and rejuvenate it for a modern audience. In this situation they should have just left it alone. While it’s short run time feels perfect for an easy afternoon watch, the jarring nature of the script means that at times it feels stretched. The plot is altered slightly but offers no new perspective, focus or meaning. It’s just a film for the sake of it that included most of the comedy in it’s trailer.