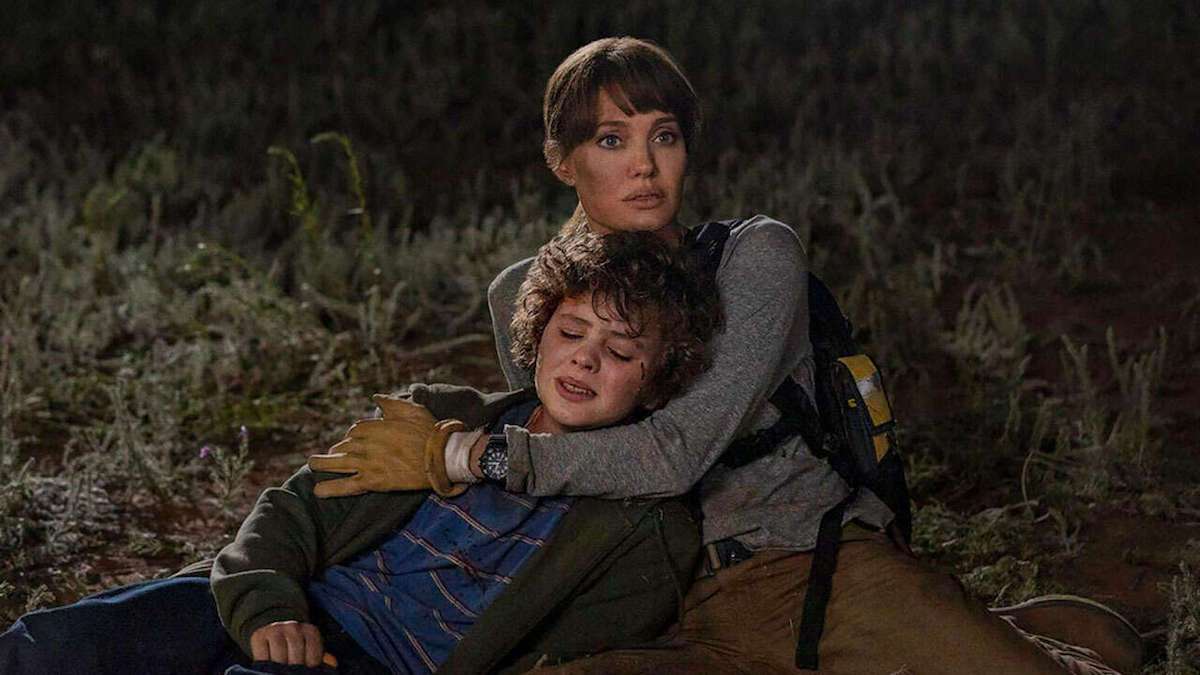 Those who wish me dead is a whirlwind action thriller that boasts big stars and a big storyline that starts fairly widespread and gets significantly more narrow as the film unfolds. Angelina Jolie plays Hannah Faber, a wild and determined smoke jumper battling PTSD after she was unable to save the lives of some teenagers. The story teases Hannah’s interesting but dramatic job,  the unusual relationship she has with her ex and forces her to face her recent trauma as she finds herself responsible for a frightened teenager who is being hunted by two no nonsense hitmen.

The storyline was really interesting to me, it feels both familiar yet original. In the first twenty minutes we’re introduced to all elements of the film in their separate locations. Hannah, her team mates, her job and recent trauma. Ethan, local law enforcement and Hannah’s ex boyfriend who clearly likes to play by the rules and his pregnant wife Allison. Connor and his dad hanging out eating breakfast until they realise that Connors dads work has placed them in danger, and Patrick and Jack, hitmen who disguise themselves and blow up the house of a local politician…it seems like a lot and spreads the audiences attention. But it doesn’t take long for the pieces to come together and I actually think it’s really interesting. One thing that I found particularly refreshing with this movie, is that they didn’t feel the need to inform its audience of all of the characters backstories. They’re happy to pick the story up where it is and just roll with it without using detailed history to inform the current situation, with the exception of Hannah’s recent trauma.

This film boasts solid performances all around, giving the audience a great mix of ‘character type’. We have the rebel, the hero, the bad guys, the vulnerable kid…all there on a base level but built upon with very human emotion and reaction to the stories events. The unexpected but much appreciated surprise came at the point you might expect to find your typical ‘damsel in distress’ character taking control of her situation and defying expectation. Though all performances were strong, the stand out was with the young Finn Little, a teenager from Australia who summons brilliantly raw, authentic emotion. Without him, the film wouldn’t resonate in quite the same way.

In my opinion, Those Who Wish Me Dead is a decent watch. It’s entertaining and exciting but without the need to get deeply invested. It’s a shame that it moved quietly through it’s cinematic release, just as the country was released from lockdown but it’s definitely one to look out for when it releases to the smaller screen. It’s quite a random standalone film, it has set up loosely for the opportunity to make another but I have no real idea where that would go. Unfortunately feels like generally it will be forgotten or missed but I would watch it again given the opportunity.